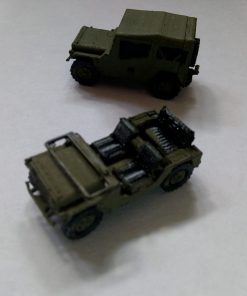 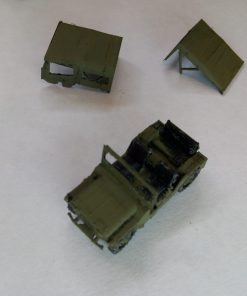 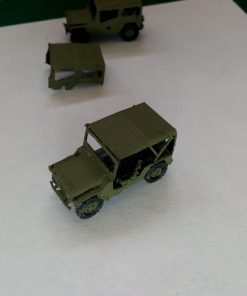 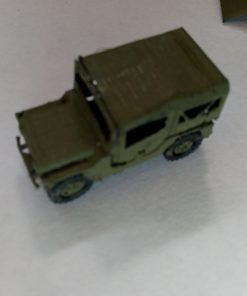 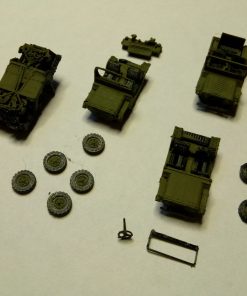 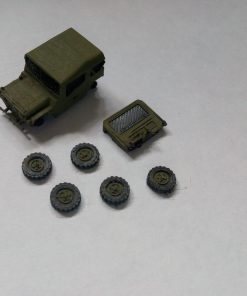 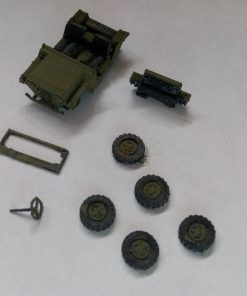 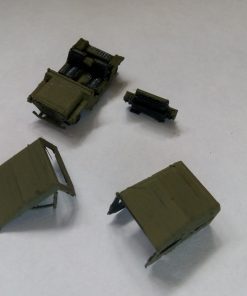 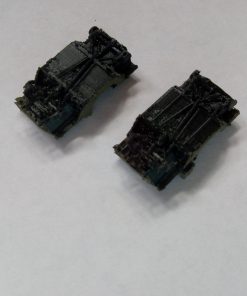 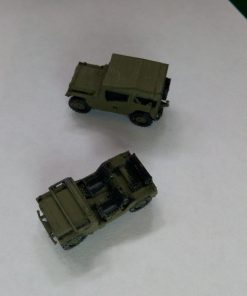 This 1/4 ton utility truck was developed to replace the Korean War M38 Jeep light utility vehicle. It was a more advanced design, with an integrated body and coil spring suspension, but early versions (A1) suffered from suspension geometry problems and were prone to accidents if driven hard on roads. The A2 version changed the rear suspension and largely cured this problem. The M151 served for many years, and can still be found in the inventory of many allied countries. In US service it has been replaced by the HMMWV, but some may still survive in specialist applications. Further information can be found at http://www.military-today.com/trucks/m151.htm and https://www.militaryfactory.com/armor/detail.asp?armor_id=117.

This model provides bodies for both the A1 and A2 variant. Investigations into the challenges of printing this model at the 1:100 scale suggested that a split body, with vertical printing of both elements, was best, and this is provided as well as the integrated unit. Wheels are provided as separate items, and have been optimised to capture the feel of the cross-country tyres rather than strict adherence to scale features (these designs did not print satisfactorily on an Ender-3). The windscreen is provided as a separate item, and can be glued in the up or down position. Some adjustment at the edges will be required, as the windscreen mounting brackets are depicted on the main body for the no-windscreen case.

The model is depicted without a canvas tilt to permit the addition of special-to-role items such as armament and radios, should this be desired (some options, such as recoilless rifles and MGs will be made available later). Both partial and total tilts are provided as separate items, should the model be required in either of these alternative configurations. Care is required in removing supports from these tilts, as they are relatively fragile.

A solid-body variant is also included to provide a robust enclosed vehicle model for wargaming use.

Be the first to review “M151 MUTT” Cancel reply