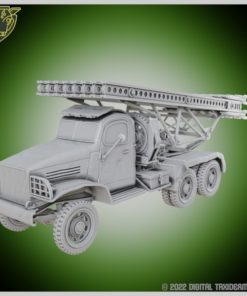 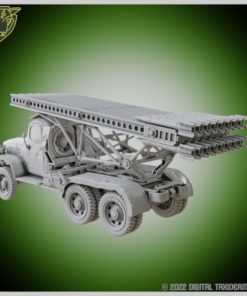 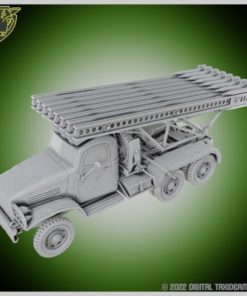 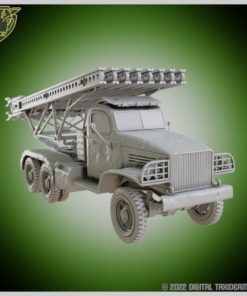 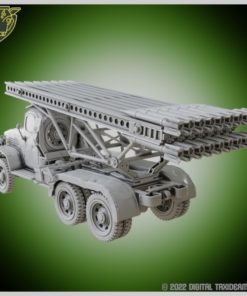 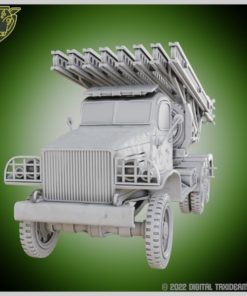 This is a highly detailed 3D model of a Katyusha rocket launcher modelled by 3D fortress, prepared and distributed under license by Digital Taxidermy

The Katyusha multiple rocket launcher (Russian: Катю́ша, IPA: [kɐˈtʲuʂə]) is a type of rocket artillery first built and fielded by the Soviet Union in World War II. Multiple rocket launchers such as these deliver explosives to a target area more intensively than conventional artillery, but with lower accuracy and requiring a longer time to reload. They are fragile compared to artillery guns, but are cheap, easy to produce, and usable on any chassis. The Katyushas of World War II, the first self-propelled artillery mass-produced by the Soviet Union, were usually mounted on ordinary trucks. This mobility gave the Katyusha, and other self-propelled artillery, another advantage: being able to deliver a large blow all at once, and then move before being located and attacked with counter-battery fire.

This STL file is a multipart model, at 28mm scale it can be printed on a resin printer

Supports are required for this model.

It is designed for 28mm table top games set in WW2 such as:

Bolt Action, Chain of Command and Konflikt ’47. It can also be used in games such as Judge Dredd, Necromunda, and Fallout Wasteland Warfare.

Print in place parts may need some work to loosen them up after print. Once free, run them through full travel several times to wear them in.