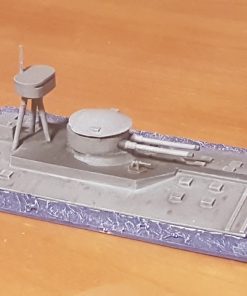 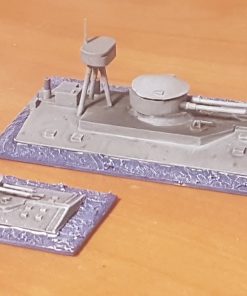 A 1/600 model of the Italian monitor Faa di Bruno, built during the First World War and later reactivated in WW2 as GM 194 in the defence of Genoa where she served with Italian and German forces until scuttled. The model was designed for 1/600 or larger printing, but prints well in 1/1200

A small but growing collection of naval miniatures in 1/600, mostly featuring coastal forces subjects from WW1 and WW2, so ideal for use with rules such as Narrow Seas, Action Stations and, if resized to 1/300, Cruel Seas.Also a small but growing selection of 1/600 American Civil War steamers, and odd models of unusual things that take my fancy