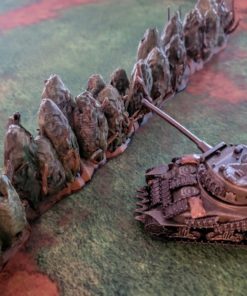 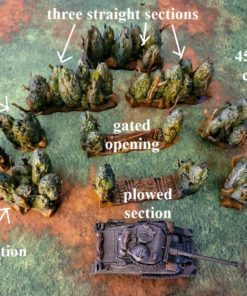 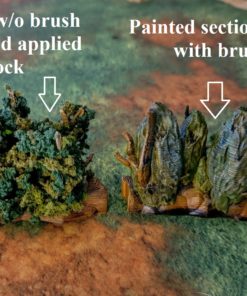 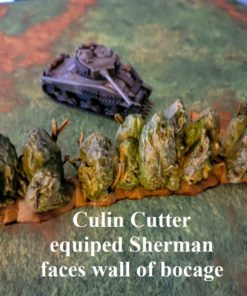 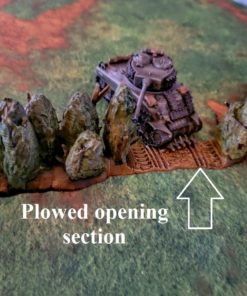 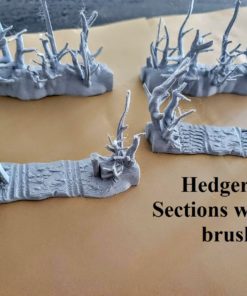 Operation Overlord, the Allied invasion of Western Europe, has very possibly launched more books, movies, and wargaming scenarios than any other campaign. Prevalent in many of the historical accounts is the tactical and operational impact of the rural French “hedgerow” or “bocage” system. This method of fencing, which had been used since the Roman times, consists of mounds of dirt mounds, toped with thick trees and brush, set in irregular patterns that served as fences between plots of land. The hedgerows demarked land, keep livestock from roaming, and controlled water flow. This topographical figure was not a secret; it was known to Allied planners. There impact on actual ground level combat was, however, not given sufficient consideration. The bocage turned every field into a potential fortress. The hedgerows were a thick mass of dirt, rock, trees, and brush. They restricted visibility and made troop movement both treacherous and arduous.

Hedgerows are identified the Battleground Europe book, noting that hedgerows

“… block LOS unless either shooter or the target unit is in base contact with them, or on top of elevated terrain like a hillock. Since these hedgerows were on top of large dirt mounds, they also provide hard cover. Hedgerows count as obstacles. Furthermore, units passing through them under “advance” orders cannot fire after they move to account for the extra effort it takes to get through the thick vegetation.”

Bolt Action rules provide a realistic option for Allies players to break through the bocage, using the “Culin cutter” (p. 38 of the British Army book, among other entries).

I offer a free simple Culin Cutter .stl, which I add to models with double sided tape for scenarios where I require the Cutter. https://www.wargaming3d.com/product/culin-cutter-hedgerow-cutter-28mm/

What is in this package

This .stl pack allows you to print an interlocking hedgerow system. Each piece will butt to the next with an elongated “S”, so that the parts will appear unbroken on the table. The prints can be easily placed, moved and stored. There are two complete systems within the pack – one which is just the branch “frame” on which you can add the flock and foliage as you wish, and a second (my preference) which has the foliage presented and is a simple “print and paint”.

Each of the two system comes with the following parts

The prints in the photos were printed in FDM, on a coarse setting (0.26 mm) with supports from the base plate only. They will print in resin if you choose. They would scale up or down as desired, as they are designed to be robust.