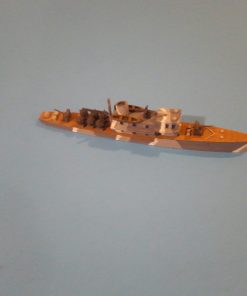 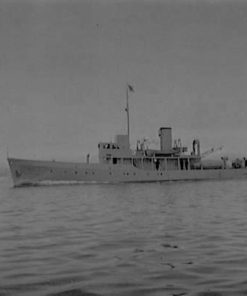 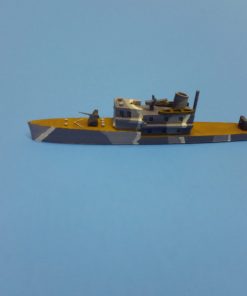 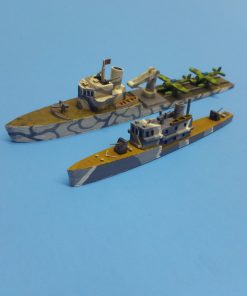 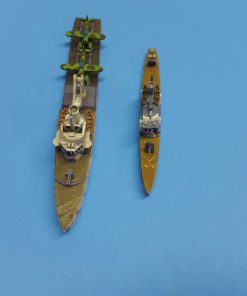 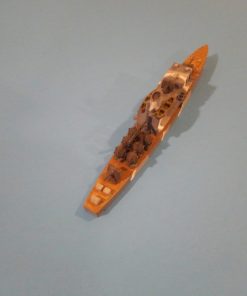 Report an abuse for product HNoMS Otra AKA Togo Vorpostenboot

In 1940, Otra was stationed in her home port of Horten in Norway. On April 9 the German invasion began. As reports of intruding warships started coming in Otra was sent out to investigate, and at 0410hrs report that the intruders were Germans. The invasion flotilla blocked Otra’s return to Horten.[5]