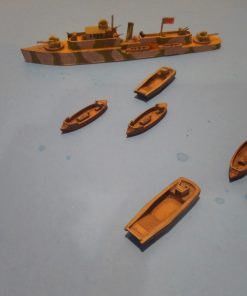 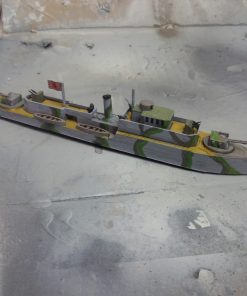 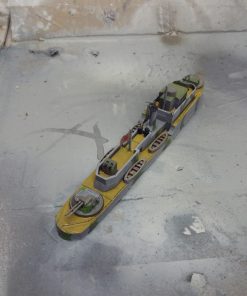 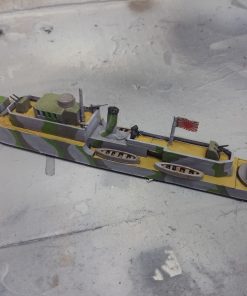 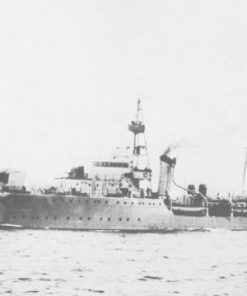 Hashidate (橋立) was the lead vessel in the Hashidate-class gunboats in the Imperial Japanese Navy, that operated in China during the 1940s

She was intended initially for support of combat operations by the Imperial Japanese Army in the Second Sino-Japanese War off the coast of China. At the time of the attack on Pearl Harbor, Hashidate was assigned to the China Area Fleet as part of the 2nd China Expeditionary Fleet’s 15th Escort Group. With the start of the Pacific War, she was assigned to ”Operation C” – the invasion of Hong Kong.[2] She remained based from Hong Kong for most of the war. At some point in 1943, five additional Type 96 25 mm AT/AA Guns were added, along with depth charges in 1944.

Be the first to review “Hashidate IJN gunboat/crusier” Cancel reply