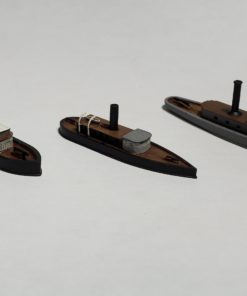 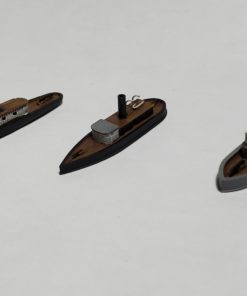 A generic set of tugboats that can be used for almost any harbor or brown water setting. Boats are based on CSS Beaufort, CSS Teaser, and USS Dragon, but most tugs of the time were built using similar plans so they can be substituted for many different boats. These can also be scaled up or down as desired to better match the size of different boats.

Be the first to review “Generic Tugboat Set” Cancel reply