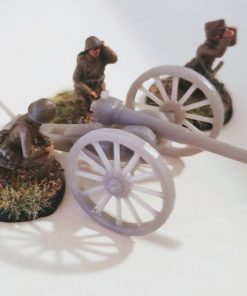 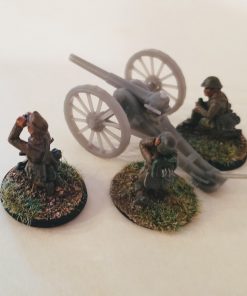 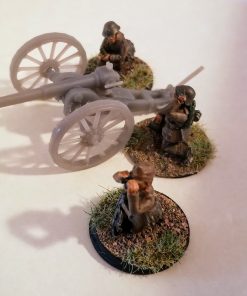 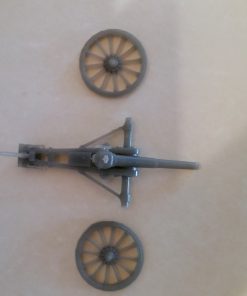 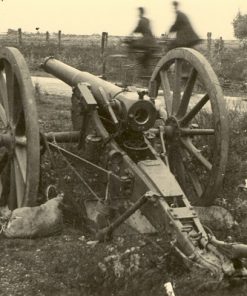 The outbreak of war in 1939 saw many nations fielding weapon systems that seemed out of a different time – Polish lancers, British Rolls Royce A/Cs in East Africa, among others. However, it is likely that the most dated example would be the Dutch 8 Staal 8.4 cm field gun.

This field gun was produced for the Dutch in 1880 by the Krupp firm. It is a weapon from a different time, designed for a different style of war. It not only lacked a recoil system, but it also lacked any method of traverse beyond a gunner slewing the carriage side to side with the trail’s handspike. The ammunition was a two-part shell and black powder charge, enabling a rate of fire of only two rounds minute, and was aimed over iron sights.

The gun was rendered obsolete with the introduction of artillery pieces with recoil system, commenced by the French model 1897. The 8 Staal was withdrawn from front line service with the Dutch but was retained in reverse stores and was brought back into service as the threat of invasion became apparent at the outbreak of war.

Over 100 were employed in the defense of the Netherlands. There are numerous accounts of them in use, employed in prepared defensive positions. The most notable engagement near Langenboom; an excellent account is available online, noting the ardent defence by twelve dug-in 8 Staal guns, which were able to disable a German armoured train.

The 8-Staal is a choice for the Dutch player in Bolt Action, with a reduced point cost that reflects the gun’s inability to range in – indirect fire hits never get better than a “6” roll.

An interesting scenario would allow use of these guns in dug in positions, as that is how they were used in May 1940.

This .stl is intended for resin printing only. Dutch gun crew minis are available through May 1940 miniatures or can be adapted from others.

The .stl pack includes the basic .stls (gun and wheel files) as well as pre-supported .stls for the same. The supports that worked for me may not be ideal for your own printer/resin etc., so please consider exploring your own slicer settings.