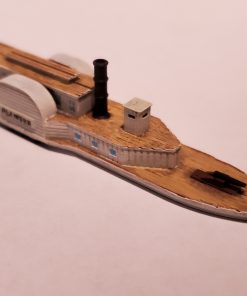 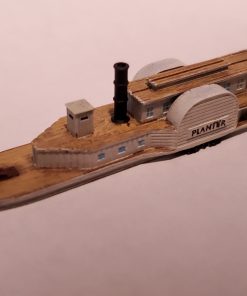 Defected to the Union!

Originally built in Charleston, CSS Planter was mostly used as an armed dispatch ship around Charleston Harbor. For some strange reason, she was designed to only burn wood for fuel and therefore was unsuited for long journeys. On the afternoon of May 13, 1862, her pilot, Robert Smalls, navigated the ship past the defenses of Charleston flying the Confederate colors. Once out of range, these were replaced with a flag of surrender and the ship was turned over to the Union navy. Since she only burned wood, she was kind of useless in the Charleston blockade, so she was soon turned over to the Union Army to serve around Fort Pulaski. Planter sprang a leak, was abandoned, and sank in 1876.

Be the first to review “CSS/USS Planter” Cancel reply