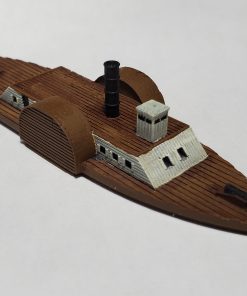 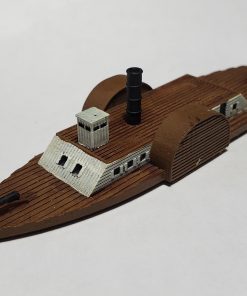 Not much is known about CSS Van Dorn, and what little is known is very interesting. She was a generic river steamer, one would assumed captured or bought for service in the Confederate Navy, and was equipped to be a ram in the River Defense Fleet. In May 1862, she took part in the naval battle of Fort Pillow and was able to ram and sink the Union ironclad USS Mound City. After the battle, she and the rest of the fleet withdrew to Memphis where on June 6, 1862 the entire River Defense Fleet, except the Van Dorn, would be destroyed. She withdrew downriver before steaming to Yazoo City situated on the Yazoo River. She would be burned here on June 26 to prevent capture.