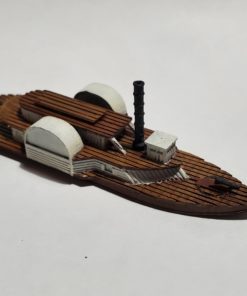 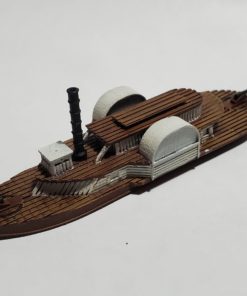 Originally built as the towboat Ocean, the boat was acquired in 1862, converted into a cottonclad ram, and renamed CSS General Beauregard. She would take part in the battles at Plum Point Bend and Memphis, being destroyed at Memphis after taking a shot to her boiler from USS Benton and eventually exploding.

CSS General Beauregard with base

Be the first to review “CSS General Beauregard” Cancel reply