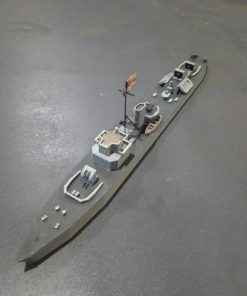 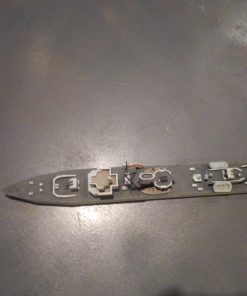 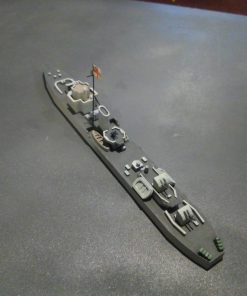 The Hunt class was a class of escort destroyer of the Royal Navy. The first vessels were ordered early in 1939, and the class saw extensive service in the Second World War, particularly on the British east coast and Mediterranean convoys. They were named after British fox hunts. The modern Hunt-class GRP hulled mine countermeasure vessels maintain the Hunt names lineage in the Royal Navy.

The Royal Navy had identified the need for two types of destroyer: larger vessels with heavy gun and torpedo armaments for fleet work and another type for escort duties. Although old fleet destroyers could be allocated to escort work, they were unsuitable for the task and new construction replaced them. Fleet destroyers were designed for speed and their machinery was inefficient at convoy speeds, reducing their range. Their shape made them poor sea boats at low speed, also exacerbated by additional equipment on the superstructure. Modifications were needed to ease these problems.

The escort vessels forsook the heavy armament and some of the speed of the fleet type to reduce unit cost and better suit mass production and the conditions. This new “fast escort vessel” was later classified as an “escort destroyer”.

Eighty-six Hunts were completed, of which 72 were commissioned into the Royal Navy and the remaining 14 were transferred to allied navies; Bolebrooke, Border, Catterick, Hatherleigh, Modbury, Bramham and Hursley to the Greek Royal Hellenic Navy, Bedale, Oakley (i) and Silverton to the Free Polish Navy, Glaisdale, Eskdale and Badsworth to the Royal Norwegian Navy and Haldon to the Free French Navy.