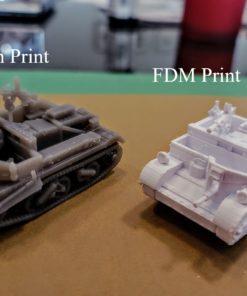 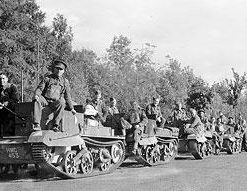 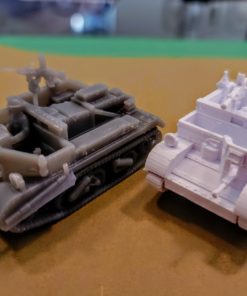 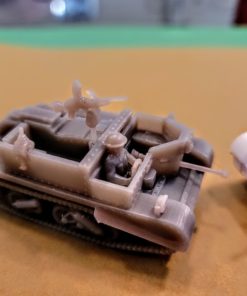 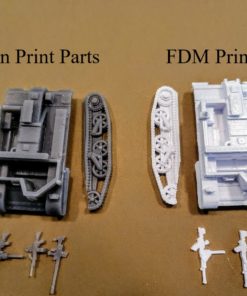 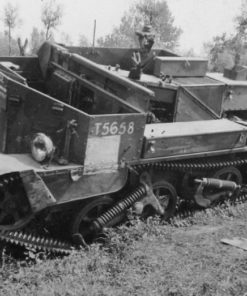 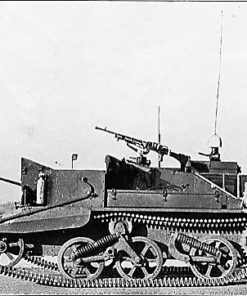 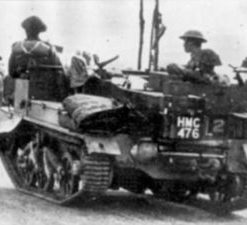 Even those with only a minimal knowledge of WW 2 AFVs are familiar with the Universal Carrier, the most produced AFV of the war, with well over 110,000 copies having been churned out by the war’s end. The reason it was called the “Universal” carrier likely never isn’t given much thought, but there is a reason.

With the rapidly gathering storm cloud in the 1930s, the British Army made a timely decision to become fully mechanized and developed a family of Mark I light armoured carriers. Emphasis on “family”. These were developments of the earlier Carden-Loyd series of vehicles. The models of this series each had a specific purpose – “Medium Machine Gun Carrier”, “Bren Gun Carrier”, “Scout Carrier”, and “Cavalry Carrier”. Although all were built on the same basic chassis, they were each specific models for specific tasks.

This .stl pack represents the Scout Carrier. This model was armed with either a Bren gun or a Boys ATR in the front left position, next to the driver, and a second pintle mounted Bren behind the driver, where a radio was also located. Deployed to France with BEF, most were lost there, although some served in the Western Desert early in that theatre.

Those not lost in service were replaced with the later, truly “Universal” carrier, which filled all those and many other tasks, for the remainder of the conflict.

This .stl pack is suitable for both resin and FDM printing. The FDM pack has simplified weapon pack compared to the resin .stls (both have a front LMG, front ATR and pintle LMG). There is a driver figure which is intended for resin printing, but it may produce a recognizable figure on extra fine FDM setting.

This package includes folders for both resin and FDM printing.