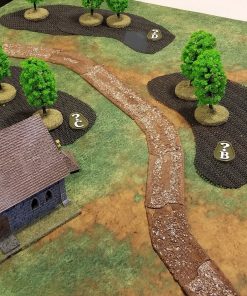 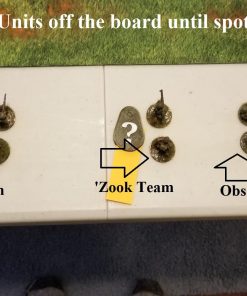 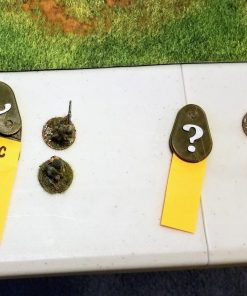 This is an original series of files, to enable those playing Bolt Action a simple method to make “hidden” units just that – hidden until spotted or activated.

Please read the article below for the hows and why…

The rules for Warlord Games “Bolt Action” are purposely designed to ensure a rapid pace of play, and some aspects of realism is forfeited to that end. For the most part this balancing act works in the interest of playability, but there is one particular rule that could stand a tweak, IMHO. That is the “Hidden Unit Rule”. The Rule Book states that units that can be considered for the “Hidden Set Up” rule cannot be targeted until spotted (as per the rules) but the actual “hidden” units are placed on the table for all to see. This reduced the “fog of war” factor significantly.

There are several “house rule” suggestions for alter Hidden rules, where the other player would not immediately know what unit is hidden on the board. Here is a link to a well written article of such house rules :

I thought an alternate method, using 3D printed tokens, may allow such a rule to be implemented without slowing the game down at all.

The premise if this interests you, here is how I see it working out

There are three units, on the table at the start of the game, considered to be “hidden” – a sniper team, a forward artillery observer team and a ‘zook anti-tank team.

While they are technically “out of sight”, who and where they are is obvious, and the other player can’t help but alter his movement options with that knowledge.

Here each unit hidden is given a specific marker to place in the position of the unit.

As well, no matter how many “hidden” units there are on one player’s said, they get one extra “Fog of War marker”.

Off the table, that same player uses a small slip of paper (I used thin post-it notes) and write the Alphanumeric letter under the pivoting cover of the two-part printed unit marker. 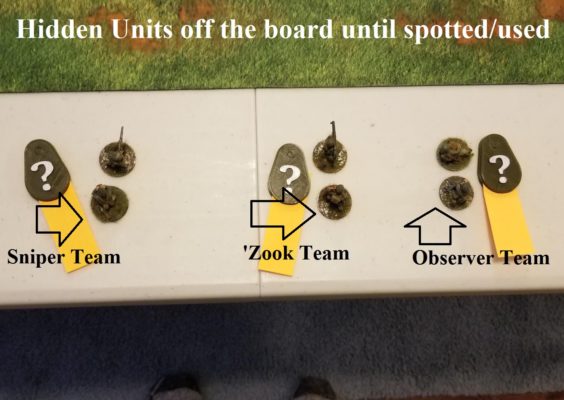 When that particular hidden unit acts, or is spotted according to the standard rules, that player reveals his unit at that location. The unit is then placed on the board and the action is played out. 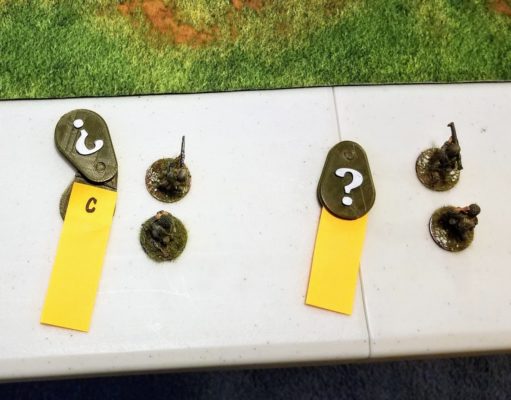 The .stl file has six location markers, with letter “A” through “F”, to cover six hidden markers. It also has a “lank” one should you need more than six; you can just write the letter on the face or add it in Tinkercad.

The unit marker is a simple two piece .stl; the post of the one-piece fits in the round recess of the second; and it covers the letter location securely; when you need to reveal just pivot the top cover off.

I just used a paint pen to mark the white on the raised letters of the printed piece.

This is an original file, but is available for a free download, when for personal use.

They can be printed at a fast, fairly coarse setting on FDM printers. I did these at .25mm layers

Any comments/suggestions or feedback is welcome at deweycatproductions@gmail.com