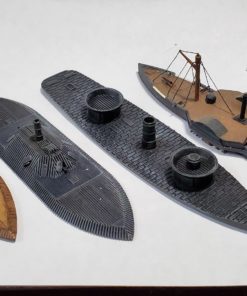 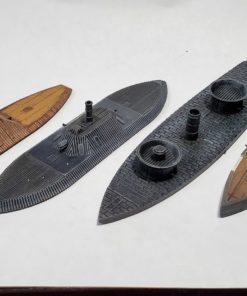 Report an abuse for product Battle of Trent’s Reach Set

Everything needed to duke it out on the James River at Trent’s Reach. Will the James River Squadron drive off the Yankee boats on the river? Or will they get stuck as they did historically had be forced to weather a withering fire as they wait for the tide to rise? Will the Yankees get some lucky shots in and potentially cripple the squadron? Only the roll of the dice can tell!

The ships are modeled in 1/600 scale and can be printed using any resin or FDM printer. Ships come with and without base.