Packet contains three barrels to equip three models. Replace the out of scale, fragile, droopy barrels on your 28mm/1/56 scale plastic, metal or 3D printed German Panzer III tanks with these accurately scaled CNC machined brass barrels by B&D barrels. These are the long German 50mm L60 barrels. They won’t break, crack or droop and they don’t look like a tree trunk stuck in your turret. The end of the muzzle is drilled out to present a realistic appearance. If you play “Bolt Action or other 28mm scale rules these are perfect for your 1942 and later model German Panzer IIIs. The photo shows a 3D printed Panzer III tank turret with one of my fine brass barrels. These are the long 50mm L60 guns used for new production Panzer IIIs and to upgun the early versions of the German Panzer III tanks for the Russian front and North Africa from 1942 on. See my other listings for the 37mm gun used on early Panzer IIIs and the short 50mmL42 gun used during 1941 for Panzer IIIs. Shipping is free within the United States. If you are in any way dissatisfied with them please return them for a full refund. Look at my other offerings for more B&D Barrels for your models. 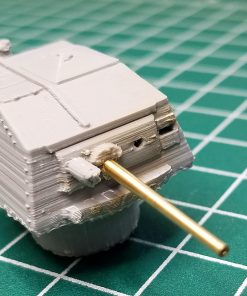 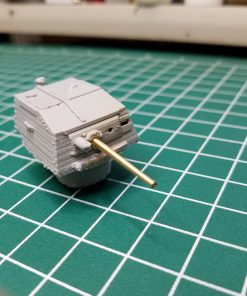