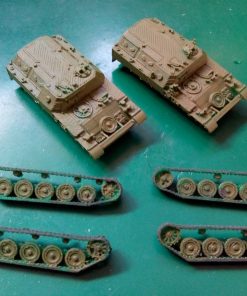 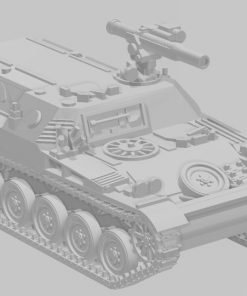 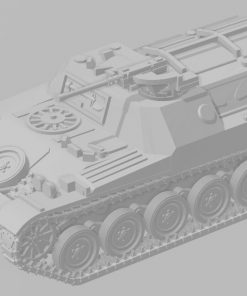 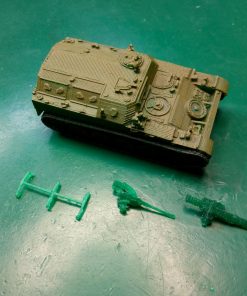 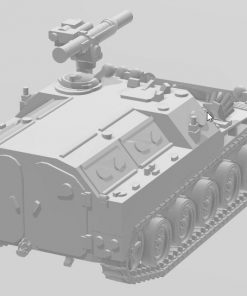 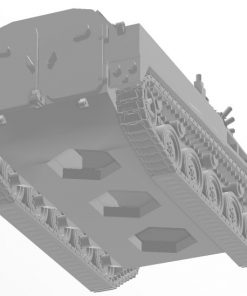 The AMX VCI (Vehicule de Combat d’Infanterie) is a variant within the AMX-13 family. It was the main French APC until replaced by the AMX-10P, but is still used by some countries e.g. Morocco. The TOW armed variant is also modelled.

The AMX VTT/VCI was the first French APC and IFV (Infantry fighting vehicle). It was developed in the 1950s based on the prolific light tank AMX-13. This vehicle was the most widely produced French APC/IFV so far (3300 vehicles), and exported with the some success. It was replaced by the more conventional AMX 10P in 1973 and is now retired in France, although several armies still use it today. Some specialized versions were used well into the 1980s. Further information and colour schemes can be found at https://tanks-encyclopedia.com/coldwar/France/AMX-VCI.php or similar sites.

Two versions are provided, in two variants to suit either resin or FDM printers. The first version is the basic French APC, and the second the TOW-armed unit used by Holland and other countries. The variants for Resin printing are made available as integrated designs, hollowed out to save material. The FDM versions are provided as a basic hull with separate track assemblies, and either a TOW or MG to fit on top of the cupola. The tracks are best printed horizontally with the outside facing away from the printer bed.

There were many variants of this vehicle, including mortar, ENTAC and MILAN carriers, as well as simple radar vehicles with RATAC or similar radars. Other versions can be made available on request.