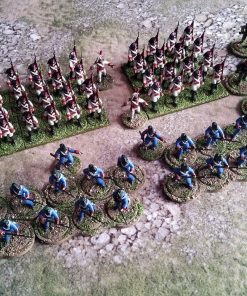 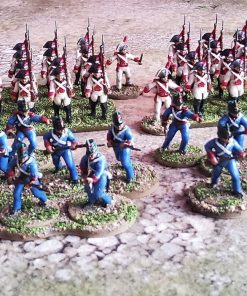 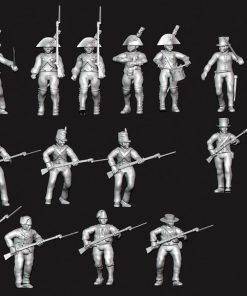 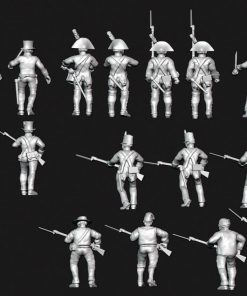 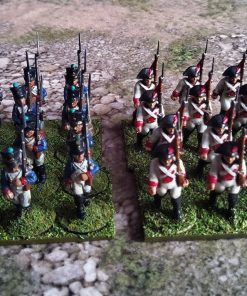 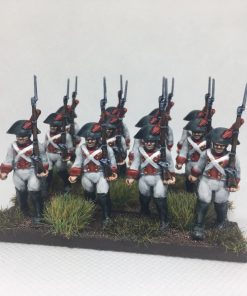 28mm Spanish infantry army including fusiliers, cazadores, militia and guerillas. a total of 22 sculpts sculpts for the price. These figures are scaled to look good against Warlord and Perry plastics Please see the comparison photo with Warlord French (not included obviously).

Cazadores: 3 sculpts in skirmishing advance but should be useful for line quick advance and 1 officer

This all together is 22 sculpts all included in the purchase.

All figures are unbased.

I made these for playing Sharp Practice but they are useful for other games. Due to the limitations of 3D printing I had to make some compromises on detail.

I have not tested them at 18mm or 15mm. Again due to the limitations of 3d printers too much detail is likely to be lost although the muskets should be thick enough to print. I have had feedback from a customer that they print at 18mm.

I make models I want for games I play. Things I think are worthy I put up here to share.

My models are mainly designed for wargaming at 28mm and I like my figures to sit well next to Warlord figures.

Anyway, I hope you enjoy my offerings and you find some use for them.