A wargame for one player to recreate the English campaign of 1066. The player takes on the role of the Saxon King Harold as he defends his throne from his rebellious brother Earl Tostig; Harald Hardrada the Viking king of Norway; and the Norman Duke William. The game has a colour map, 12 plastic replica silver penny fortune counters and 11 chess pieces (replicas of the 10th century Lewis set) to use as army locators and intrigue markers, and a Haley’s comet marker to record the 12 monthly turns. Warlords plot and launch their invasions while Harold heroically struggles to maintain his fortunes, gather the army and move in position to strike against his enemies.

A solo wargame of the English campaign of 1066. The game set includes:
Rule booklet [pdf].
Colour map [pdf]
Replica silver penny fortune counters for 3d printing (or paper printing). [pdf & stl]
Chess pieces (replicas of the 10th century Lewis set) to 3d print and use as army locators and intrigue markers [link to stl]. Note that these chess piece files are freely available from the National Museum of Scotland. (You could use any chess set pieces to play this game.)
Halley’s comet turn marker for 3d printing [stl], or use a pawn from the chess set.

Developer of strategy games and systems.

Be the first to review “1066 Campaign Game” Cancel reply

The battle of Hampton Roads, a scenario for Cruel Seas 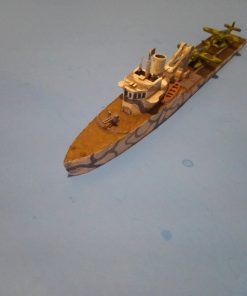 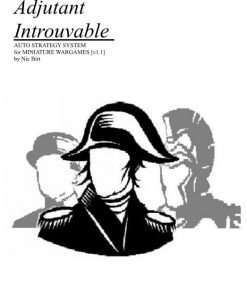 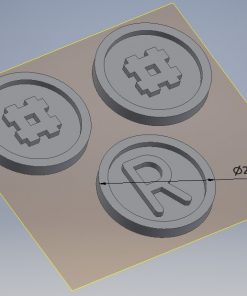