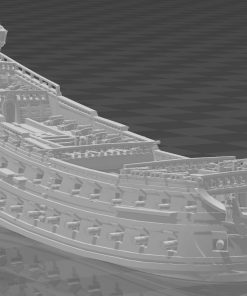 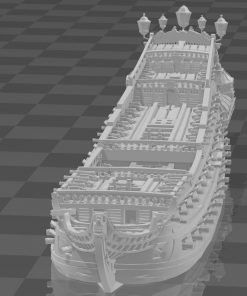 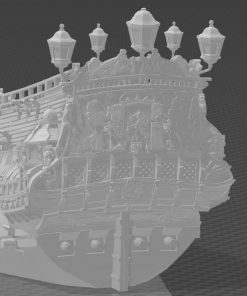 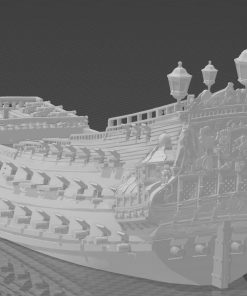 A 1/600 scale model of the Dutch flagship Zeven Provincien, designed for my Gilded Sails range.

De Zeven Provinciën (The Seven Provinces) was built in Rotterdam for the Admiralty of de Maze (the Dutch Republic had five separate admiralties) between 1664-1665.

She served as a Dutch flagship during both the Second and Third Anglo-Dutch Wars, participating in several battles and serving under the famous Admiral De Ruyter.

During the third war, she was present at the Battle of Solebay she engaged HMS Prince in a two hour duel.

She went on to serve in the War of the Grand Alliance and was severely damaged in the Battles of Barfleur and La Hogue, which led to her needing to be broken up.

A full-size replica has been in the works since 1995, but has been beset by a number of problems and has yet to be completed.