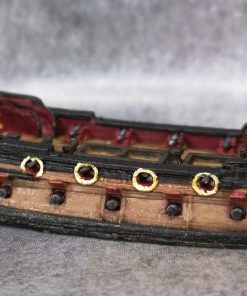 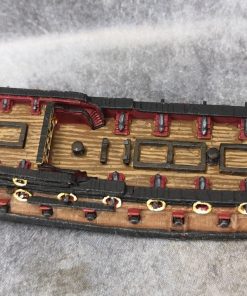 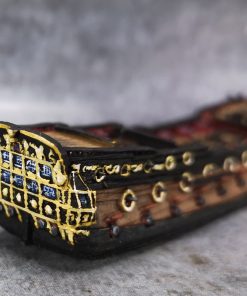 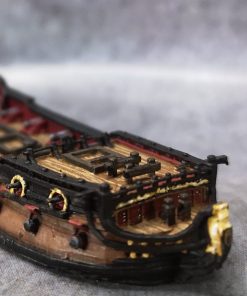 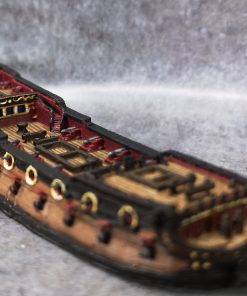 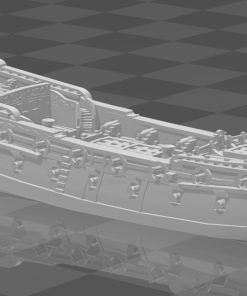 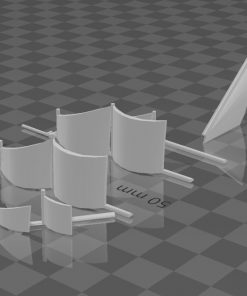 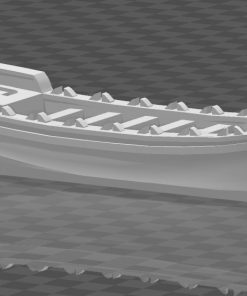 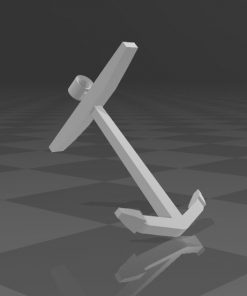 A 1/600 scale model of HMS Mordaunt, designed for my Gilded Sails range.

The Mordaunt was subject of scandal right from the time of her construction. She was built privately by a concern headed by the earl Charles Mordaunt, with the purported intention of being used as a merchantman. The vessel’s frigate-like appearance and armament of 46 guns naturally led to fears that the ship was in fact a private warship.

In 1681 the Admiralty seized the vessel and ordered Charles to appear before a court to testify. There he asserted that Mordaunt was indeed a merchantman and was simply designed to sail without the need for protection. The vessel was returned provided that Charles promise that she would not be used for military purposes.

She was completed in 1682 and preparations began for her to sail. However, disputes arose concerning non-payment of wages and the Admiralty again seized the ship, while simultaneously entering negotiations to purchase her. Mordaunt entered naval service as HMS Mordaunt.

In 1684, was sent to the coast of West Africa to protect British merchant and slave interests. She returned to England in 1685 and took part in the Action of 4th October 1689, alongside HMS Foresight and Lively Prize against twelve French men-of-war. In 1690 she sailed for the West Indies and remained there for the rest of her career, acting as a merchant escort and engaging privateers.