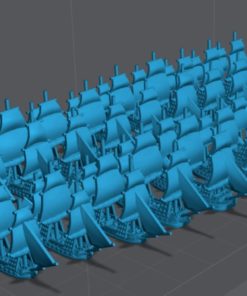 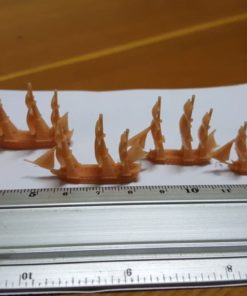 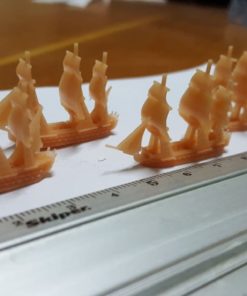 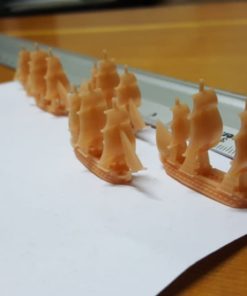 A “fleet in a box” set containing:

Each ship comes with an attached Blender file allowing them to be exported with short or long spankers, flags, hammock nettings, open or closed gunports and a choice of stern galleries (where applicable). These files also allow for the repositioning of sails.

The models should print totally supportless but, if you want to be safe, I’d recommend placing one support on the end of the spankers’ lower yardarms – a light support with a 0.2mm tip should be just fine. Print the model straight on the plate.