Today we are sitting down with Zachary Kavulich AKA TigerAce1945, one of the most prolific WWII .stl designers on thingiverse (I think he’s second only to m_bergman when it comes to sheer number of files uploaded). We took a few minutes to pick his brain about 3D printing and miniature wargaming.

First, tell me a bit about yourself, what is your background and how did you get into designing and 3D printing WWII vehicles?

To start, I’m a 24 year old Mechanical Engineer from Pennsylvania. My real job involves designing, detailing, manufacturing, testing and installing “automated solution” which is just a fancy way of saying “I make stuff”, Everything from coffee cup holders to artillery shells.
My fascination with the Second World War started at 10 years old when my mother let me watch Saving Private Ryan on the TV while she made dinner. 14 years later here we are…. Not everything has a good backstory.

I started modeling way back in high school. However, I didn’t really get into it until collage where I had to take some computer aided design programs as a part of my degree. Around that time, my father, who was an online shopping addict, purchased a XYZ Da Vinci 1.0 printer and gave it to me for Christmas. I immediately started printing some of Bergmans tanks. Later that year I started playing a game called Axis and Allies Miniatures. I desperately needed some soviet T-35 tanks for my army. I searched everywhere for a decent model with no luck. At some point I just decided to try modeling one myself and the rest is history.

Do you wargame, and if so which systems do you play? Any favorites? Favorite armies?

Other than the previously mentioned Axis and Allies, Not much I’m afraid. There aren’t many board game stores in my area and even fewer of them play anything other than War Hammer. However, if money and other players weren’t an obstacle I would pick flames of war as my favorite. I like the larger focus.

Favorite army’s would be the Soviet Union and Poland. I like the Soviets because their early war equipment is very diverse. You have all types of heavy, medium, light, multi turreted, flame thrower, cavalry tanks that allows for a lot of different army compositions. No two soviet battles are the same. I like Poland because….I honestly don’t know… I just kind of feel bad for them… I guess it’s fun to play the underdog.

How many designs do you think you’ve made?

If you’re talking individual models- easily over 800. If you’re referring to full vehicles- the last time I counted I was over 300 but that was a while ago

Do you print them out yourself? If so what is your printer setup?

Lately I haven’t been printing. My printer broke down and I haven’t had much time to fix it. my current printer is a Wanhao Duplicator D7 dlp printer. It’s currently stock but depending on what I need to fix it that might change. 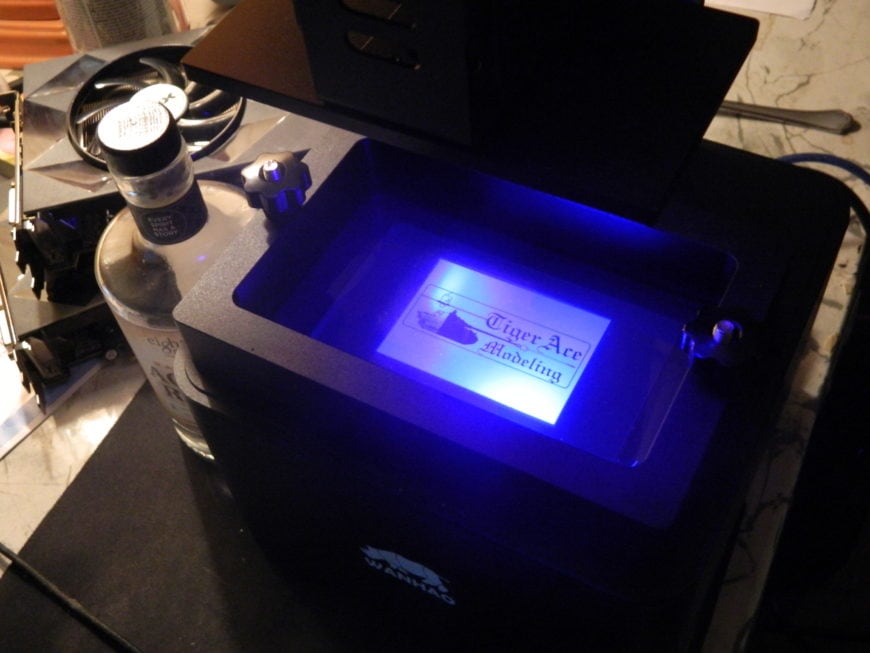 What is your process for designing tanks for 3D printing? Do you have a preferred workflow or any source of historical information and blueprints, and software?

I usually start with some research. I try to build a list of every modification of a vehicle and its production numbers. Once I have the list I define the scope of the model pack. Basically I go through the list and determine what vehicles should and shouldn’t be modeled. My selections are mostly based off of production numbers, modeling difficulty, and my own fondness for the vehicle. Once I have the list I start on a base model. This is usually the modification of the vehicle that I most similar to all the others. I first find a good reference for the overall length width and height of the vehicle and create an L shaped scaffolding with those dimensions. I then paste a top and side view vehicle blueprint on the top and side of the L. I’m then ready to start modeling. Any further modifications are made by saving a separate copy of the base model and modifying it from there.
As for references, most of my info and blueprint come from the first few links on a Google search: D. however, by far the two most useful sites I’ve found are Tanks Encyclopedia and The Blueprints. These are a must see for any tank modelers.

Do you have a preference for type of tanks? And why?

Not really for a type. I usually prefer early war tanks over late war stuff. During the early war, a lot of nations were pumping out new and strange tank designs just to see what worked. Thus you get to choose from lightly armored go kart BT-7s to slow heavy armored Matildas to multi turreted bad idea T-35s to “let’s just put the biggest gun we can find on it” KV-2s. By the time 44, 45 rolls around, most nations had figured out what works and thus had less verity in vehicles. 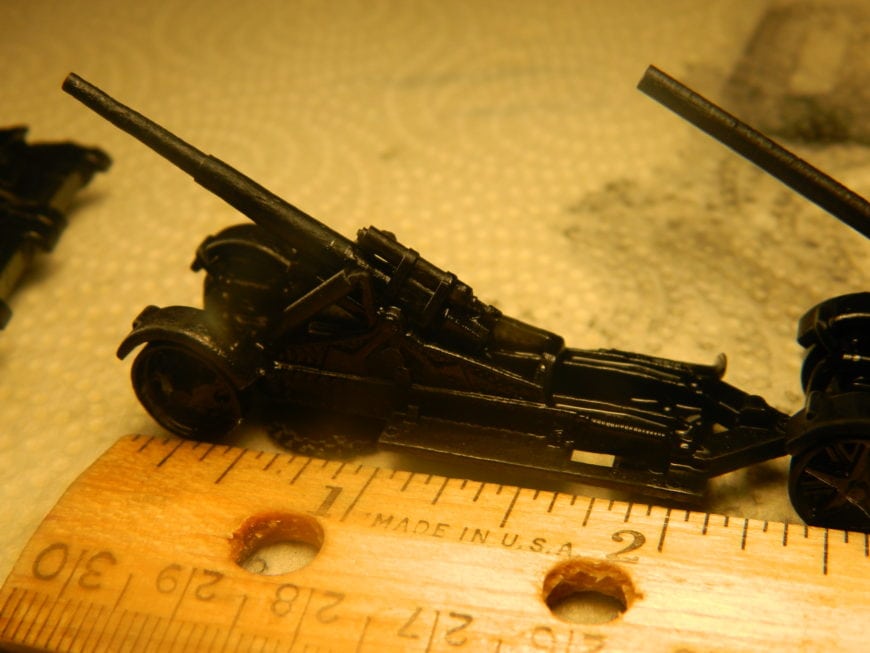 What is your favorite tank that you’ve designed?

I would have to say my BT tanks are my favorite. They were really easy to model and I feel like they are my most accurate and detailed models to date.

What was the hardest? Is there anything about designing vehicles that you don’t like?

The T-34/76 was easily the hardest… I’ve redone that pack 5 times and I still don’t feel happy with them. It’s a tank that seems to look different in every picture and blueprint you find. Get 5 different t-34 models and compare them. I guarantee they all have different dimensions. However, I really hate modeling trucks. They seem to have an abnormally large amount of hard to model curves and every one of them has like 50 different modifications. It’s awful 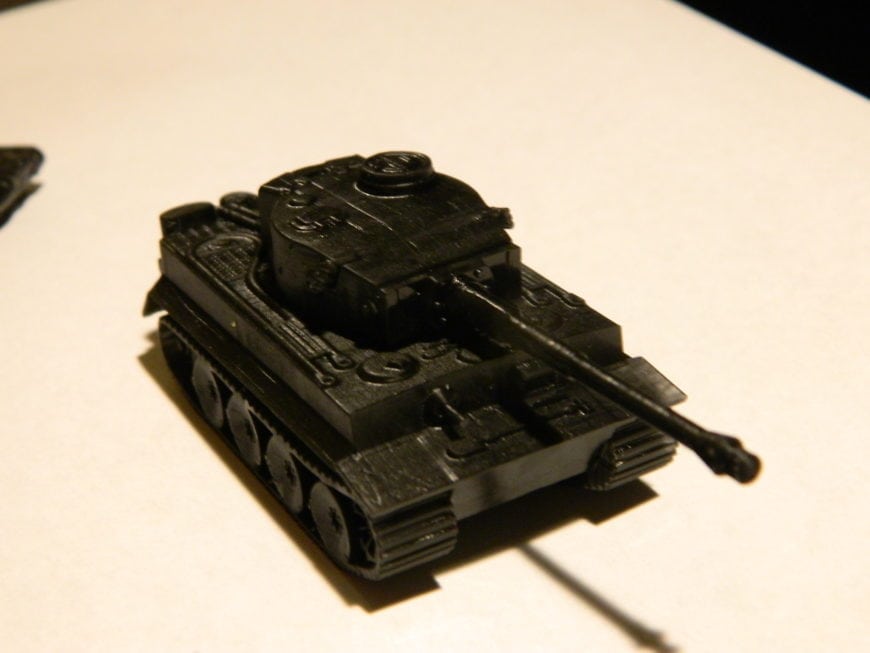 Are there any that you won’t attempt?

Who are your favorite users on Thingiverse that you’d like to give special mention to?

Of course Bergman, but I doubt he needs my recommendation ;). SSBN506 and JARLANG both have some great stuff. Buchnerb relentlessly hunts down historical references and test prints almost every tank that hits thingiverse. He has been a major help to a lot of modelers not just me. Engineer13 answers most questions and handles the discussion topics on the world at war group. I could honestly go on for hours. There are tons of amazing people on thingiverse that have been a major help. 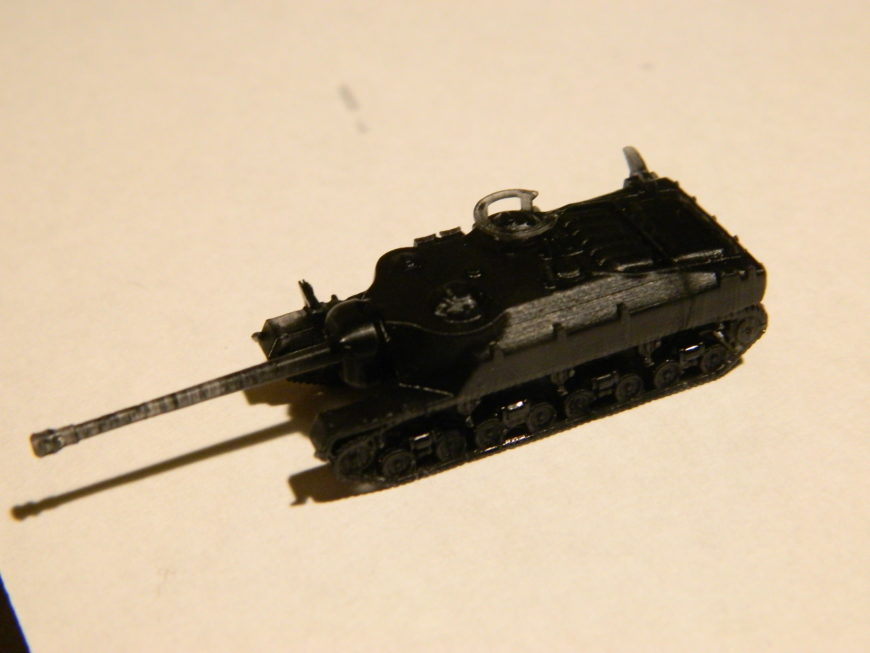 What advice can you give for budding designers of wargaming vehicles who want to give it a go?

The two most important factors needed to successfully model are time and motivation.
There is no skill involved with modeling. You already have all the tools available to you the moment you start. The quality of your model depends solely on the amount of time spent modeling it. The only difference from a new modeler and an experience modeler is that the experienced modeler can accomplish more in less time. There is nothing that a so called “skilled” modeler can do that you can’t if given enough time. If you decide to start modeling don’t get disheartened if your model doesn’t look great after 2 hours. It takes time for models to take shape be patient you’ll get there.

Second it’s important to stay motivated. Each model is a good 10-20 hour process. I can’t tell you how many times I’ve gotten half way through a model and suddenly lost interest. It’s a killer because you want to finish it before you move on to the next one, but you don’t want to work on it. So you end up not working on any modeling. My suggestion would be to start with something you’re really passionate about. If you love the Sherman make a Sherman. If you love medieval knights, model medieval knights. Model what you want to model not what other people want.

I’m working on a listing of all the tanks New Zealand used in WWII, and there are a few oddities where files don’t exist – feel like filling in the gaps? 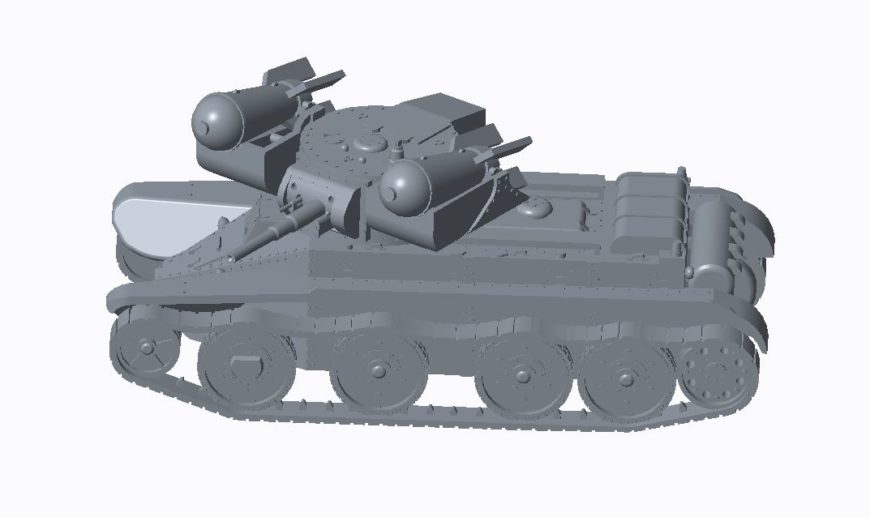 What sort of trends do you see on the horizon when it comes to 3D printing and designing for miniature wargames? How do you think wargaming manufacturers and rules writers should respond to emerging technology like additive manufacturing?

I feel that SLA and DLP printers are the future. The level of detail and durability on the prints are unmatched. Currently their price and operational complexity are quite high but, they’ll get better with time. As for historic war gaming companies, I think the only thing they can really do is double down on selling rule books. Print and model qualities are rapidly overtaking injection molded models. Aside from banning their use in official tournaments they really can’t stop you from printing and using a ww2 tank. Either they accept that this is the future or die like all the other companies that refuse to change.

What sort of topics would you like to see Wargaming3D.com cover in more detail?

I think it would be neat to see some custom scenarios and unit stats for flames of war and bolt action. Maybe interview their creator or write a review of the scenarios/stats. I’m a big fan of what if scenarios and oddball vehicles that battlefront doesn’t offer. Sometimes it’s hard finding rules and scenarios that aren’t terribly unbalanced

A lot of people seem to think that the only way to help this community is to become a modeler and that’s just not the case. Community sites, helpful comments, discussion posts, print and paint job pictures, all of it helps keep us motivated to model. I can tell you that without them, I would even be on model number 4 let only 400. I implore anybody who is reading this to come help out, join the discussion, help with some research, or even join the discord and play a warthunder match with us. It’s honestly why we do it.

Thanks to TigerAce1945 for the chat, make sure you follow him on Thingiverse, give him a Tip if you like his models, and join the World At War thingiverse group!